An official ceremony of the Change of Command was held at the German CBRN Defence, Safety and Environmental Protection School in Sonthofen on Thursday 13 September 2018. During the ceremony, Colonel Klaus Werner Schiff changed responsibility with Colonel Volker Robert Quante. The ceremony was held under the command of Colonel Henry Neumann, Commander of the Bundeswehr CBRN Defence Command in Bruchsal as the school’s superior unit. He expressed his gratitude to the leaving commander and wished success to new appointed Commander. 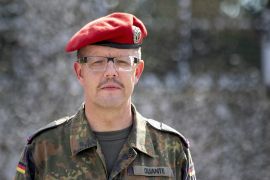 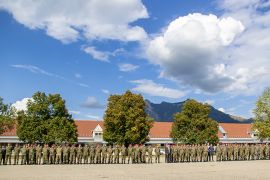 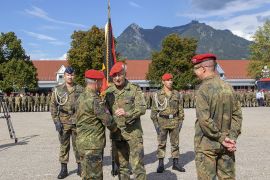 His academic qualifications include Diplomas in Computer Sciences and in Environmental Engineering; and he successfully passed Higher Military Studies at the Polish National Defence University in Warsaw as well as at the Führungsakademie der Bundeswehr in Hamburg. 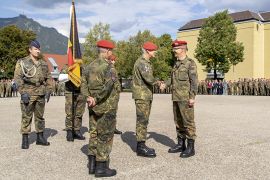 Since 13 September 2018, he is Commander of the CBRN Defence, Safety and Environmental Protection School of the German Armed Forces. 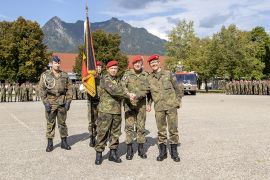 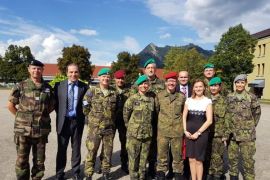