The 18th Euro-Atlantic Disaster Response Coordination Centre (EADRCC) consequence management field exercise, called ''SRBIJA 2018” was jointly organized by EADRCC and the Ministry of the Interior of Serbia. The exercise was conducted from 8th to 11th October 2018 in and around Mladenovac, Serbia.

The aim of the exercise was to improve interoperability in international disaster response operations and contributes to enhancing national capabilities of NATO Allies and partners. 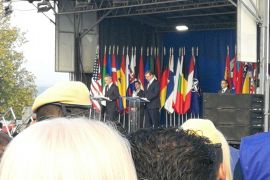 This exercise is seen as a major NATO – UN – Serbia exercise, 40 nations and an uncounted number of institutions, IOs, GOs and NGOs were represented reaching more than 2000 people on the ground. Another important detail is the highest level of representatives from NATO and Serbia at the opening ceremony, the exercise being inaugurated by the NATO Secretary General, Jens STOLTENBERG and the President of the Republic of Serbia, Alexander VUCIC. 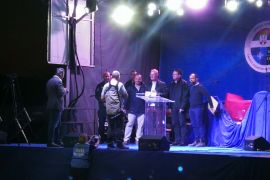 The choice of an earthquake scenario was linked to the type of geological and environmental challenges faced by Serbia and provided the opportunity to practice international cooperation and strengthen the ability of teams from different nations to work effectively together across a wide range of relief operations. These include urban search and rescue, medical/paramedical teams, CBRN Reconnaissance and decontamination teams as well as water rescue teams.

JCBRN Defence COE supported the planning process of the exercise from the early beginning participating at the Initial Planning Conference, Final Planning Conference and contributing to the scenario development and MEL-MIL scripting. Finally, JCBRN Defence COE participated to the execution phase of the exercise providing CBRN Reachback and Modeling & Simulation for EADRCC.