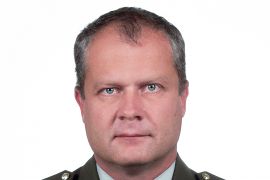 The Scientific Achievement Award was instituted in 1989 by Advisory Group for Aerospace Research and Development (AGARD) to recognise outstanding contributions in the context of activities in aerospace science and technology or aerospace systems applications. Under the STO, this outstanding tradition of rewarding the best of the best continues across the boader scope of the STO´s technological mandate. Candidates, proposed by the various STO elements, must have made significant contributions to activities sponsored by the organization during the preceding four years.

LtCol. Aleš MYNAŘÍK, CBRN Defence M&S Section Chief of JCBRN Defence COE, collected 2018 Scientific Achievement Award for his outstanding contribution to the MSG-136 Task Group. In the period between 2014 and 2017, LtCol. Aleš MYNAŘÍK and other member of the Technical Group made an outstanding contribution to the mission of the NATO Science and Technology Organization, conducting extensive co-operative research in the field of Modelling and Simulation as a Service (MsaaS). 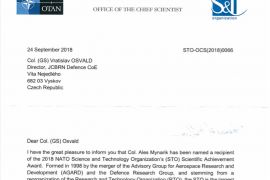 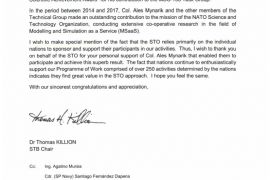