The JCBRN Defence COE Director COL Čížek Zdeněk commemorated the long history of the formation and development of NATO, which was founded on 4 April 1949.  The Director informed the audience that with effect 1 April 2009, there were 2 more countries (Albania and Croatia) that had joined NATO, taking its membership to 28.

From 31 March to 1 April 2009, the first COE Ad-hoc Coordination Meeting was held at the JCBRN Defence COE, Vyškov. 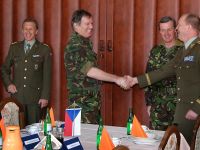 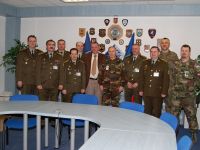