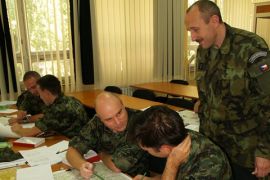 The aim of this second course was to  train  members of  the  Serbian  armed forces in  detailed procedures  for the evaluation
of CBRN incidents/releases, as well as the production and dissemination of CBRN reports based on the ATP-45(D) publication.

15 students participated in the course and they represented a wide spectrum of the Serbian Armed Forces.  All the participants recently graduated from the CBRN Warning and Reporting System – Manual Procedures Basic Course that the MTT also conducted in Serbia from 23-27 April 2012.  The MTT conducted both courses in the English language in accordance with ATP - 45(D) and AEP – 45(C) standards.

COL Slobodan SAVIĆ, Msc. CBRN TC Commander welcomed the instructors and students in his opening remarks. Students evaluated the course very positively in their final course evaluation forms and it indicated that the course will have great value toward enhancing the student’s ability for future military assignments.

The JCBRN Defence COE and CBRN TC in Kruševac agreed that all courses offered in Serbia in 2012 will also be conducted next year in 2013. 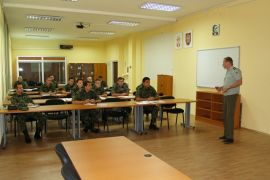 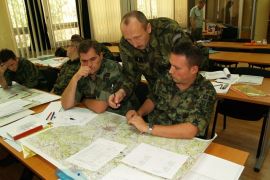 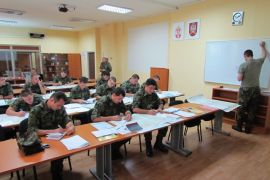 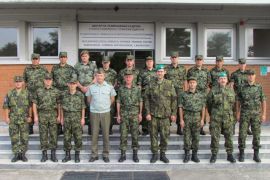