This three-day workshop was organized by NATO Modelling & Simulation Centre of Excellence /NATO M&S COE/ in Roma. The NATO M&S COE is a recognized international military organization activated by the North Atlantic Council in 2012, and is not under the NATO Command Structure. Partnering Nations provide funding and personnel for the Centre through a Memorandum of Understanding. Czech Republic, Italy, Germany and the USA are current Members and other Nations are in consideration. 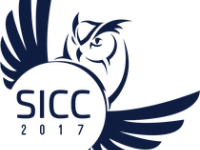 The Italian “Health Safety Environmental Research Association Rome” (HESAR) conducted for the very first time a science focused CBRNe Conference – SICC 2017.  The conference took place in Rome from 22nd – 24th May 2017.  Just a preliminary remark: The “e” in “CBRNe” abbreviates “explosives” (Improvised Explosive Devices).  However, “CBRNe” is not a NATO recognized abbreviation.  HESAR cooperates closely with the well-known University of Rome “Tor Vergata”.  Main areas of cooperation are environmental protection as well as occupational health and safety.  The cooperation with „Tor Vergata“ originates in the Universities‘ master studies on CBRN Defence.

Between 28 and 30 August 2017 the Joint Chemical, Biological, Radiological and Nuclear Defence Centre of Excellence (JCBRN Defence COE) had the pleasure of hosting a visit by the Director of the Canadian Armed Forces’ CBRN Defence Force Development, LTC Gerard Byrne and his Deputy, MAJ Randall Wayne Godfrey. The delegation was welcomed by the JCBRN Defence COE Director, Colonel Vratislav Osvald and a representative from the Czech Ministry of Defence, Mr Petr Cech, Head of Strategic Development Capability of the MOD. The initial talks were held in the hotel DAP in Prague. 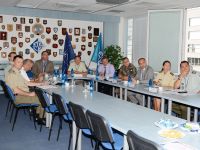 Joint CBRN Defence Centre of Excellence will host a NATO Technical Exploitation Workshop to be held in Vyškov, Czech Republic from 29 November – 1 December 2017. This workshop is an activity under the Emerging Security Challenges Division’s Defence Against Terrorism Program of Work (Reinforced) and will be co-chaired by the Danish Army Intelligence Centre and the NATO Headquarters International Staff Emerging Security Challenges Division Counter-Terrorism Section [NATO HQ – IS/ESC(CT)]. One aim of the workshop will be to facilitate coordination between C-IED, EOD and the CBRN community. Just for you information: Technical Exploitation is the application of scientific methods to gain further knowledge and insight from information, materiel and captured persons.

The annual Centres of Excellence (COE) Directors Conference was hosted by NATO Centre of Excellence for Military Mecine (MILMED COE) in Budapest, Hungary on 25 – 28 September 2017. The Conference brings together directors and representatives from the 24 NATO COEs, Allied Command Transformation and NATO Headquarters to discuss topics common to all COEs and the Alliance. The Director, MILMED COE, Colonel Dr. László Fazekas, MD (HUN) chaired the Conference.